Vice President, Professor Yemi Osinbanjo, is currently in the Silicon Valley with some Nigerian tech entrepreneurs. The trip, which will comprise of road shows, will last till Wednesday, July 11, 2018. Read more on Techpoint.ng Techpoint.ng [...]

Why Wike is a liar, operating fraudulent govt – APC

The All Progressives Congress, APC, in Rivers State has described the state Governor, Nyesom Wike as a liar who operates a fraudulent government. Ojukaye Flag-Amachree, the state Chairman of the party made the remark while condemning Wike’s alleged penchant for [...]

The Nigerian National Petroleum Corporation (NNPC) depot in Pogo Minna, Niger State, yesterday went up in flames as a result of broken pipes. It was gathered that some black marketers stormed the area and started scooping fuel from the leaking [...] 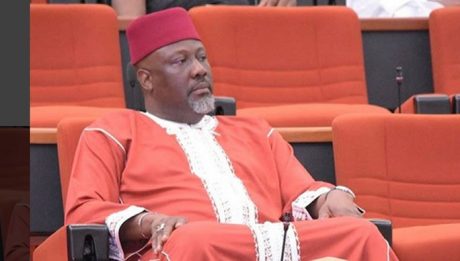 The Peoples Democratic Party, PDP, Kogi West Elders’ Forum, KWEF, has said it will vehemently reject any attempt to impose Senator Dino Melaye as the sole senatorial candidate of the party in 2019. Chairman of the Forum, Shaibu Momoh said [...]

The Association of Retired Federal Senior Public Officers of Nigeria (ARFESPON), has called on the Federal Government to pay the pension arrears of its members and address matters affecting them. The Chairman, ARFESPON, Olufemi Odewabi, at a press briefing in [...]

As technology continues to impact activities in the country’s financial space, the Chairman of the Lagos chapter of the Chartered Institute of Bankers of Nigeria (CIBN), Kola Abdul, has said the changes in the industry will not affect the viability [...]

The volume of businesses written by insurance companies in the country grew from N315.96 billion in 2016 to about N363 billion in 2017, representing an increase of about 15 per cent over 2016 figure. The record, which came in the midst [...]

Teachers of Secondary schools in Ekiti State have asked the Department of State Services (DSS) to immediately release the three teachers currently in its custody. The DSS allegedly arrested the teachers last week at Olaoluwa Grammar School, Ado Ekiti, while [...]

Daughter of the immediate past deputy governor of Ondo State, Alhaji Olugbenga Oluboyo, who was reported missing, Miss Adenike Khadijat, has been found dead in Akure, the state capital. The late Khadijat was found dead under the bed of her [...]

Some students of Osun State University, Ikire campus were at the weekend brutalized and  harassed by suspected armed robbers. The bandits beat occupants of the student hostels and carted away their possessions. Some of the victims who shared their stories [...]

The Lagos State government has said it intends distributing basic sign language pamphlets for communication use in police station, hospitals, banks and other places where persons with hearing and speaking impairment seek services. This was disclosed by the Commissioner for [...]