When should founders step down as CEOs of their startups?

At what point do startups outgrow their founders? We take a look at some instances and what founding CEOs can learn from them. Techpoint.Africa [...]

Telcos, Bank CEOs, and USSD charges: A two-faced narrative of silence and finger-pointing

USSD charges by telcos are not new and are seemingly backed by regulations but everyone cried foul and pointed fingers when MTN decided to commence charging Techpoint.Africa [...]

Typical assessment of Nigeria’s internet market is that it is quite competitive. But this report explores findings that show that it is more consolidated. Click to see the findings Techpoint.Africa [...]

Nigeria has moved up 15 place on the World Bank’s Ease of Doing Business Index, ranking 131 globally. The global institution made this known in its report released in the early hours of Thursday. A comparison of business regulation in [...]

Details of Buhari’s meeting with President Putin in Russia emerge

Buhari’s meeting with President Putin: President Muhammadu Buhari and his Russian counterpart, Vladimir Putin, on Wednesday agreed to put Nigeria-Russia relations on a fast track, and pursue the completion of all abandoned projects initiated by both countries. Garba Shehu, the [...]

Bishop Abraham Udeh of Mount Zion Faith Global Liberation Ministries Inc Nnewi, has revealed that the North would allow the South East become president in 2023. Udeh disclosed that there is a Hausa-Fulani agenda to allow an Igbo man become [...]

Minimum Wage: FEC says arrears should be paid before December 31

The Federal Executive Council (FEC), on Wednesday, approved the payment of the new minimum wage structure as contained in the agreement signed between the Ministry of Labour and Employment and the labour unions last week. The council also directed that [...]

Speaker of the House of Representatives, Femi Gbajabiamila, has said ”he would find out why” some house committees hold their budget defence sessions behind closed doors. The speaker stated this on Wednesday while inspecting the budget defense session with other [...] 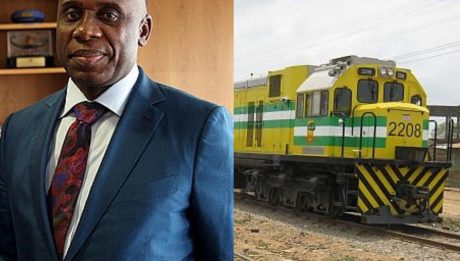 MEET THE MAN WHO SPONSORED 50 YOUNG LAWYERS TO LEARN CYBERSECURITY

He sponsored 50 young lawyers from Kano Branch of the Nigerian Bar Association branch to learn cybersecurity and be certified by Cisco Networking Academy for them to keep up with 21st century best practices for the legal profession. He did [...]

Bayelsa: I’m Yet To Make Any Political Appointments – Diri