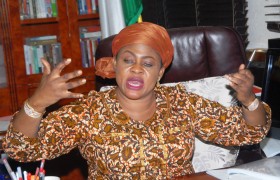 The director-general said the N1.2 billion for the 299 civil servants was for the accrued rights for past service to the state prior to the commencement of the CPS in 2007.

He said with the payment of the money, the state had continued to set the pace for stakeholders in the pension industry, saying that the state had been the only state to have paid N22.7 billion to 4, 199 retirees who retired from the public service from inception of the CPS till date.