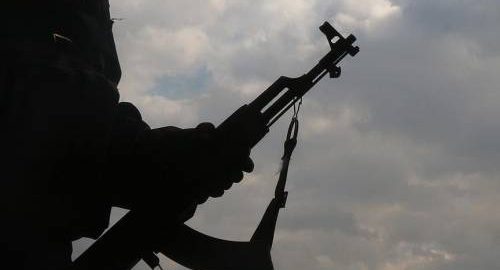 Groups of criminals, popularly known as bandits who have been terrorizing the northwestern part of the country, have killed no fewer than 283 Nigerians in June alone, according to a tally by the Civic Media Lab, a nonprofit organization based in Lagos.

The deaths attributed to bandits in June were the highest in a single month since this year, based on the tally from the Civic Media Lab which tracks the figures from reported stories across the country.

More than half of the people killed by the bandits last month were in Zamfara State which had received much of the atrocities from the bandits along with Kaduna State.

The increasing death toll shows that the terrorism by the bandits has outpaced that of Boko Haram/ISWAP and Fulani herdsmen which have been described as among the deadliest terrorist groups in the world.

From January to June this year, bandits have killed no fewer than 952 people and kidnapped over a thousand Nigerians, according to a tally by the Civic Media Lab.

In February alone, they abducted about 397 people, mainly students that were held in hundreds in one fell swoop.

Then in March, they abducted no fewer than 281 people and 125 in April. While the abduction decreased to fewer than a hundred in May and June, they have murdered more people in the past two months.

As the bandits took over the rein of terror from Boko Haram/ISWAP and Fulani herdsmen, the Nigerian government appeared to be clueless on how to deal with these terrorists who target vulnerable communities and farmers.

Curiously, fewer than five deaths were attributed to Boko Haram/ISWAP in June while the Fulani herdsmen maintained their momentum of killings with no fewer than 86 deaths, in addition to the abduction of about 30 people.

Overall, more than 400 civilians were killed across the country last month.