hpadmin August 30, 2018 Government and politics No Comments on ‘How Buhari lost control of northern votes’ 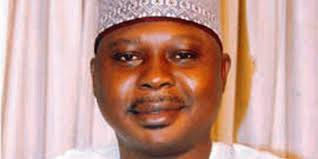 As campaigns for next year’s election gather momentum, a Peoples Democratic Party (PDP) presidential aspirant, Kabiru Tanimu Turaki, has explained how the incumbent, President Muhammadu Buhari, failed to meet the expectations of northern electorate, insisting that he can no longer garner majority votes in the zone as he did in previous elections.

The frontline presidential aspirant also restated his vow to implement the principles of restructuring to ensure peace, justice and fairness needed for the acceleration of development in the country.

Turaki, who was Minister of Special Duties and Inter-governmental Affairs during the Goodluck Jonathan administration, stated this, yesterday, when he picked his nomination and expression of interest forms at the party’s national secretariat to contest the October 6, 2018 PDP presidential primary. The aspirant, who was represented by Sola Atere, Director General, Kabiru Turaki Campaign Organization, Turaki; accused the ruling All Progressives Congress (APC) of claiming credit for projects almost completed by previous governments.

He accused the current administration of lacking in vision for development and stabilizing the country, contending that the scenario from previous other General Elections, where Buhari secured majority votes from the north, will not repeat itself in next year’s exercise.While attributing the development to what he called the poor performance of the present government in the last three years, he added: “Things have changed. When you have not been in power, you can make all sorts of forecasts. Now, the scenario has changed. Nigerians have seen to what extent the APC government can perform.

“And if you look at a lot of the projects they are laying claims to, they were established by the PDP. Look at the railways for instance, the one from Abuja to Kaduna, they themselves reported at some point that the Jonathan administration had gone over 60 percent as far as that project is concerned. “The so-called overwhelming majority votes they are laying claim to would have been reduced. Because look at the economic situation. Where people are complaining that they cannot even have one square meal, how do you expect them to come out and go and aggravate votes up to 12 million for somebody who has been the architect of their misfortune?”

On the prevention by the federal authorities of a rival presidential aspirant, Rabiu Kwankwaso, from using Eagle Square for the declaration of his presidential ambition, Turaki said this would negatively affect the electoral fortunes of the APC.“It would translate to more sympathy votes in favour of PDP in APC strongholds. The injury they are inflicting on Kwankwaso, is one of the things Nigerians will see and will not vote for them.

“And that is part of the factors that will reduce the 12 million votes. Having said that, they are doing nothing new, because since they have come, they have been harassing people. You saw the Gestapo approach in arresting judges. People know that they are just abrasive. “But, I can assure you, if we get the ticket, it is going to be a different ball game, because we are not going to accept that. Of course, the international community is watching. It is part of the game plan to harass people, intimidate people and possibly anybody that they see that has strong potential to challenge their own candidate; they want to beat them down. So that at the end of the day, they want to have a semi-autocratic regime in place,” he said.

Also speaking at the Unity Hall of the Government House, Asaba, while addressing Delta State PDP Executive Committee, delegates to the party’s national convention, in continuation of his consultations with stakeholders across the country, the presidential hopeful lamented the resurgence of agitations for ethnic self-determination.He said: “We are getting to a situation where citizens are considering self-help measures to address their problems because of the divisiveness and open discrimination by the APC government because certain parts of the country did not vote for the party.

“The attitude of the government has heightened mutual distrust among the people to the extent that some are even doubting the sustenance of the Nigerian Project today.”Turaki, who is a Senior Advocate of Nigeria, noted that some of the laws, including the constitution were skewed in a manner to sustain the imbalance in the polity, giving rise to agitations by component parts, a development, he said, has necessitated the call for restructuring, starting with the review of relevant laws.

While stressing that it was not enough to speak about restructuring without outlining a roadmap for addressing the concern, Turaki remarked that it was essential to address restructuring from the perspectives of devolution of power, resource control, true fiscal federalism, creation of states and the issue of state police that have agitated the minds of people.

He maintained that he would implement the recommendations of the 2014 National Political Conference that was disregarded by the APC government, saying it could have quelled the agitations for self-determination.He said he has the capacity to take the required decisions to tackle the perennial security challenges having served as the chairman of a presidential committee that made extensive and holistic recommendations on the problem, but were also disregarded by the current administration.

Turaki dismissed insinuations over the number of presidential aspirants in the PDP, saying there was no cause for alarm, but advised that the party should elect a person like him who can rekindle the spirit of patriotism in the people, a bridge builder who is well educated and imbued with integrity, credibility, experience and dynamism, as well as the fear of God.

Bayelsa: I’m Yet To Make Any Political Appointments – Diri