VIDEO: Watch Ramat’s Audition At The Glo XFactor In Abuja

Ramat’s performance was so hilarious that the judges could not hide their laughter and astonishment. MI was seen laughing all through, Reggie Rockstone tried a little while Onyeka Onwenu was definitely not impressed with her performance. A contestant in the [...]

The Government of Lagos State Nigeria has started the initial phase of the construction of 4th Mainland Bridge, a 26km state of the art bridge designed to link Ikorodu to Eti Osa Local Government Area. [viralpullquote layout=”vs-quote-fourth-layout” font_color=”#dda756″ ]The Government [...]

Jonathan Thanks Nigerians For Supporting State Of Emergency In Three States

President Goodluck Jonathan has thanked Nigerians for their support for the state of emergency declared last week in Borno, Yobe and Adamawa States. The president also thanked security agencies for their “efforts, loyalty, commitment and sacrifice.” The Senior Special Assistant [...]

Yobe State today takes cue from Adamawa and Borno states six days after the imposition of state of emergency in the three states by imposing a dust to down curfew across the state. [viralpullquote font_style=”Verdana, Geneva, sans-serif” font_size=”16″ font_alignment=”center” ]Yobe [...]

Just as Lagos residents are gradually losing memory of a cross-border robbery kingpin, Hamani Tijani, who allegedly coordinated a syndicate based in Cotonou, Benin Republic, to unleash terror on motorists in the state, another set of dare-devil car snatchers from [...]

Nigeria’s northern neighbours – Chad, Niger and Cameroon – have tightened security at their borders with the country to prevent members of the Boko Haram sect from fleeing an ongoing military campaign. President Goodluck Jonathan had on Monday ordered a [...]

My Oga At The Top Resumes as NSCDC Oyo State Boss

The former Lagos State Commandant of Nigeria Security and Civil Defense Corps, NSCDC, Mr. Shem Obafaye, who postulated the “My Oga at the top” mantra has finally resumed duty as Oyo State Commandant of the security agency. Obafaye was replaced [...]

Insecurity: Mark pleads with international community for understanding – President of the Senate, Senator David Mark has pleaded with the International Community to show understanding to the peculiarity of the Nigerian problems and help her out rather than wishing her [...] 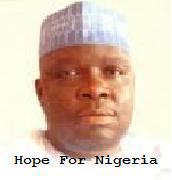 WIPE Out The Whole N/Delta For Peace To Reign. – Hon Bala Ibn Na’Allah of Kebi State.

As part of the effort to resolve the trouble in the Niger Delta region, a member of the National Assembly who was against Amnesty, suggested that the JTF should attack them and wipe out the whole N/Delta region for peace [...]

Jonathan Appoints New Secretary For EFCC – President Goodluck Jonathan has dropped Adesojo Olaoba-Efuntayo as the proposed secretary of the board of the Economic and Financial Crimes Commission, EFCC. The president had submitted Mr. Olaoba-Efuntayo’s name to the Senate for [...]

Former military ruler-turned politician, and the defeated Candidate of CPC in the 2011 presidential election, Maj General Muhammadu Buhari is so toxic to Nigeria’s democracy, that even the Almighty will never allow him taste power at that level again, according [...]

The Joint Task Force, JTF, on Operation Restore Order ORO, said yesterday that it had arrested suspected killers of war veteran, Maj.-Gen. Mohammadu Shuwa, in Maiduguri, Borno State. JTF Spokesman, Lt.-Col. Sagir Musa, who stated this in a statement in [...]

7 Things Married People Won’t Tell You About Marriage – Marriage is the dream of every woman, and every man. Finding a good partner, for life, is like finding your divine blessing, that can last you for a lifetime. In this [...]

The Federal Capital Territory Administration (FCTA) has dissociated the First lady, Dame Patience Jonathan from Thursday judgment by an Abuja High Court in the suit between the FCTA and Women and Youth Empowerment Foundation (WAYEF), a group run by former [...]

If you have ordered lamb or mutton for hotpot in Shanghai over the last four years, you might have been served rat, fox or mink, the Ministry of Public Security said on Thursday. “Since 2009, the suspect, surnamed Wei, has [...]

Speaking through his spokesman, Reuben Abati, Jonathan described the reported oil business as a scam, warning Nigerians to be wary of it. Addressing State House correspondents in Abuja last night, Abati said: “This is to draw attention to the reports [...]

Made In Togo Juju

Togo Juju – Advance Fee Fraud, popularly known as “419” in Nigeria, is not news to an average countryman. However, what many are unaware of is the deeper dimensions it has taken in some parts of the country. While the Economic [...]

We can never be tired of looking for ways to make life and living a better experience. The level of your innovative/creative ability will go a long way to actually enhance the quality of your relationships. This may involve trying [...]

FG, Kano Move Against Wazobia FM Over Killings of Health Workers – The Federal Government, Wednesday, said it has begun a move to discipline the owners of Cool FM/Wazobia, the media house which broadcast the anti-polio immunisation campaign that led [...]