Browsing the "Government and politics" Category

BY GBENGA ARIYIBI Ado Ekiti — Supporters of a member of the House of Representatives, Hon. Opeyemi Bamidele and those loyal to the governor, Dr. Kayode Fayemi, yesterday, engaged each other in a bloody clash at Iyin Ekiti, in Irepodun-Ifelodun [...]

President Goodluck Jonathan has terminated the appointment of the Youth Minister, Inuwa Abdulkadir.   According to a statement released to the Media by the Secretary to the Federal Government, Anyim Pius Anyim in Abuja today, reason(s) for the termination of [...]

BY TOBI SONIYI The Supreme Court has fixed a new date for the hearing of multiple appeals against the judgment of the Court of Appeal which upheld the declaration of Governor Olusegun Mimiko as the winner of the Ondo State [...]

Governor Chime Was “Amused” Reading His Own Obituaries

As he strode to a more relaxing seat from the exalted one where he signs the executive decisions that run Enugu State, Governor Sullivan Iheanacho Chime set the mood for the interview at the Lion Building, Enugu, his official quarters. [...]

The Inspector-General of Police, IGP, Mohammed Abubakar, has condoled with the relations, friends and colleagues of the late Olalekan Ajayi, a commercial motorcyclist, who was said to have died by the hands of a police officer on Tuesday, August 20,2013. [...]

After months of hustling, the contest to replace the two term governor of Anambra State, Mr. Peter Obi enters its final lap tomorrow with the governorship primaries of the main opposition party, PDP, while that of the ruling APGA will [...]

THE ninth United States-Nigeria Bi-National Commission (BNC) concluded with a resolve that Nigeria should provide more security training to the military and other government services.   In a United States (U.S.) Embassy statement in Abuja yesterday, the Under Secretary of [...]

Minna — The Chief of Army Staff Lt. General Azubuike Ihejirika has warned officers and men of the Army against religious extremism, saying the authorities will not hesitate to fire any one found wanting in that regard. Ihejirika gave the [...]

The performance of Lagos State Governor Babatunde Fashola is exaggerated (“overblown”) and does not “match the revenue accruing to the state on a monthly basis,” says Executive Chairman, Coalition Against Corrupt Leaders (CACOL), Mr. Debo Adeniran.   Speaking at the annual [...]

Gboyega Akinsanmi and  Akinwale Akintunde   The Lagos State Government has approached the Supreme Court to challenge a decision of the Court of Appeal that discharged and acquitted the former Chief Security Officer (CSO) to the late Head of State, General [...]

Police said on Tuesday they had used forensic experts, ballistics experts, psychologists and technology experts to investigate the Feb. 14 death of Reeva Steenkamp, who was shot by Pistorius through a closed bathroom door at his upmarket Pretoria home. “It [...]

Nigerians Must Take Their Destiny In Their Hands —Malema

Nigerians must take over the ownership of the means of production of their economy and not allow foreign multinationals to enjoy all the benefits, South Africa’s radical activist, Julius Malema, said on Monday, as he visits Nigeria for the first [...]

Ondo State Governor, Dr Olusegun Mimiko yesterday said the ruling Labour Party has no plan to impeach his Deputy, Alhaji Ali Olanusi contrary to speculations in the state   Speaking to newsmen, the governor said there was no truth whatsoever [...]

The Boko Haram shelter at Gidan-Igwai area of Sokoto was raided on Saturday, August 10, 2013, by the Nigerian Army. The operation was carried out in order to curb the influx of the extremist sect members from Borno, Yobe and [...]

The Nigerian Army declared that sufficient efforts are being made to prevent Boko Haram insurgency from expanding to other parts of the country. This statement has been made in Abuja by the Chief of Army Staff (COAS), Lt. Gen. Azubuike [...]

EFCC Storms Rivers For Hon Chidi Lloyd And Others.

Embattled Majority Leader of the Rivers State House of Assembly, Mr Chidi Lloyd who was arrested for allegedly hitting an anti-Amaechi lawmaker with a fake mace may be in for more trouble as the Economic and Financial Crimes Commission, EFCC, [...]

Elder statesman and former Minister of the Federal Capital Territory, FCT, Mohammed Abba-Gana, has dismissed assertions of a united northern opposition against President Goodluck Jonathan.   He said Prof. Ango Abdullahi and the Northern Elders Forum, NEF, do not speak [...]

The Newly registered All Progressives Congress (APC), yesterday accused Governor Peter Obi of Anambra State, of threatening the country’s unity and whipping up tribal sentiment by sensationalising the recent ‘deportation’ of some indigenes of the state from Lagos. The party [...]

DEPORTING NON-LAGOSIANS BY FASHOLA & TINUBU IS NOT NEW.

1. Lagos State governor Raji Fashola and his predecessor Bola Tinubu have been “deporting” beggars from Lagos State for at least 10 years now 2. Over the last years alone, a total number of 3,114 beggars/ destitute/ mentally-challenged have been [...] 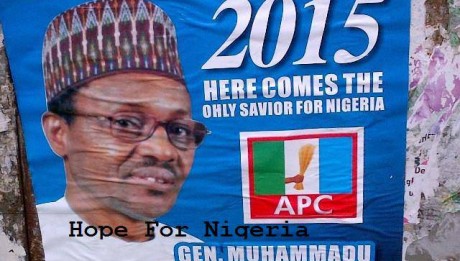 The newly-registered All Progressives Congress (APC) may be courting trouble soon after its acceptance by the Independent National Electoral Commission (INEC), as sources within the party informed the Sunday Newswatch, in graphic details, of current moves that may tear the [...]

I am not sure of the exact reasons why the Lagos State Government would take such step against the people. But I’m not surprised, judging by the pedigree and past radical deeds of the state government.   Although the move [...]

The All Progressive Grand Alliance has suspended Governor Rochas Okorocha of Imo State over alleged involvement in anti-party activities. Rising from an emergency National Executive Council held on Saturday in Abuja, the party also dissolved its Imo State chapter and [...]

‘Why We Transferred Rivers Lawmaker From London Hospital

THE member of the Rivers State House of Assembly, Mr. Michael Chinda, who was hit with a mace by the Majority Leader, Mr. Chidi Lloyd, has been transferred from the Cromwell Hospital in London to an undisclosed hospital for security [...]

Given the emotional reactions to the retention of Section 29(4) b of the Constitution by the Senate and its implications on the legality of child marriage, it is perhaps necessary for stakeholders to approach the Supreme Court to seek judicial [...]

“We Only Deported 14, not 67 Destitutes To Anambra – Fashola

As the controversy surrounding the alleged ‘deportation’ of beggars and destitute people to Anambra State continues to rage, the Lagos State governor, Friday, stated that only 14 people were sent home to their families. Governor Babatunde Fashola, the Lagos State [...]

The newly registered All Progressives Congress has begun moves to draft a former Minister of Defence (retd.), General Theophilus Danjuma, into the 2015 presidential election race. It was learnt that the North had foreclosed the possibility of getting the Peoples [...]

Even in these challenging times we must encourage the good news narrative to thrive so as to drown out the unacceptable negatives in the polity. Just a few developments: The first is that MTN Nigeria limited has appointed a Nigerian, [...]

Plaintiffs in the court case over murder of four University of Port Harcourt students in Aluu, Rivers State have withdrawn and presented fresh charges against suspects on trial over the incident.   A High Court presided over by Justice L.L [...]

The governments of Nigeria and Cote d’Ivoire on Thursday signed a Bi-National Commission Framework Agreement which paves the way for both countries to clearly define their priorities and goals towards achieving meaningful and sustainable economic, social and political relations.   [...]