Terrorists working for the Islamic State in West Africa Province (ISWAP) have abducted at least five officials of the Borno State Government. The victims were said to be supervising the construction of Chibok-Damboa road when they were forcefully taken away [...]

The lawmaker, representing Ohaukwu North constituency in the Ebonyi State House of Assembly, Chinedu Awo, has been attacked by gunmen on his way to his hometown Effium Community in the Ohaukwu Local Government Area of the state. The Ebonyi State [...]

Suspected Fulani herdsmen on Tuesday killed two men in yet another attack on a village, Ancha in the Miango district in Plateau State. Hope For Nigeria Online gathered that the two men were waylaid by the herdsmen while coming from [...]

At least four persons have been confirmed killed by bandits in an attack Sunday night in Barawa in Batagarawa local government area of Katsina State. The community is less than 10 kilometres from Katsina, the state’s capital city. Batagarawa local [...] 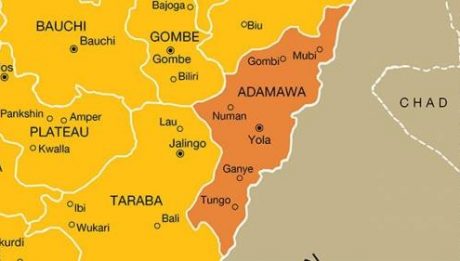 Bandits have sent threats to the Fa’a Gaya community in the Hong Local Government Area of Adamawa State demanding N30million ransom so that they would not invade and launch terror on the community. Hope For Nigeria Online learnt from a [...]

Bandits have slaughtered the village head and killed eight others in Tungar Ruwa in Anka local government area of Zamfara State. The incident occurred at midnight on Wednesday. Hope For Nigeria Online gathered that the attack lasted for several hours. [...]

Gunmen suspected to be bandits have killed seven policemen along the Tofa-Magami Road in the Gusau Local Government Area of Zamfara State. Hope For Nigeria Online gathered that the incident occurred around 7:00 pm on Monday when the police operatives [...]

Monday Olomu Kills His Wife Over ₦80,000 In Edo

One Monday Olomu, age 53 has been arrested by the Edo State Police Command for allegedly killing his wife over the sum of N80,000 in Benin City, the State’s Capital. The incident was said to have happened around Airport road [...]

At least 69 people, including a mayor, have been killed in an attack by gunmen in southwestern Niger, the government has confirmed. The assault was the latest in Niger’s “tri-border” zone with Burkina Faso and Mali, a volatile area that [...]

At least 19 people were killed and 50 others wounded in an attack on a military hospital in Kabul on Tuesday, the latest assault to rock Afghanistan since the Taliban seized power. The attack got under way when a suicide [...]

Gunmen have killed 16 worshippers at a mosque in central Nigeria, a government official said Tuesday, in the latest violence in the restive region. Scores of gunmen on motorcycles stormed Maza-Kuka village in Mashegu district of Niger state on Monday [...]

A female student of Ogume Grammar School, Ogume in the Ndokwa West Council Area of Delta State has been killed by hoodlums who invaded the school. Properties worth millions of naira were destroyed by the hoodlums, Tribune reports.  The hoodlums, [...]

The Imo State Police Command has confirmed the killing of two traditional rulers by unknown gunmen on Tuesday. The incident occurred in the Njaba local government area of the state. The State Police Public Relations Officer, Mike Abattam, confirmed the [...]

The Ogun State Police Command has arrested three teenagers, Sodiq Awokoya, Odunayo Samson and Jimoh Rilwan over their alleged involvement in the murder of a motorcyclist, Bashiru Umaru. This was made known in a statement issued by the command’s spokesperson, [...]

Some gunmen on Wednesday abducted a Catholic priest in Umuahia, Abia State, Nigeria’s South-east, according to the News Agency of Nigeria (NAN). NAN reported that an unidentified woman was also abducted the same day in Umuahia. The abducted priest has been [...]

At least 20 people have been killed in Nigeria’s Sokoto state when gunmen attacked a market and torched cars, according to a state official and local member of parliament. The killings in Sokoto state on Saturday came as armed gangs [...]

Two kidnappers were arrested on Sunday, October 3, 2021, by men of the Ogun State Police Command, while trying to pick ransom. The suspects, Muhammed Abubakar, 42 and Clinton Niche, 18, were apprehended following a report lodged at Agbara Area [...]

Residents of Sabon Birni in Sokoto State say bandits on Tuesday killed several people and abducted many others in an early morning attack on Gangara community. Hope For Nigeria Online gathered that the bandits arrived at the village minutes before [...]

A video clip of a female Nigerian soldier assaulting a female member of the National Youth Service Corps (NYSC) in Cross River State, Nigeria’s South-south, has caused outrage among Nigerians. The corps member, Ifeyinwa Ezeiruaku, is seen in the 32-seconds clip, kneeling [...]

Three police officers have been shot dead by gunmen in Anambra State, Nigeria’s South-east. The officers were attacked around 9 a.m. on Sunday and their operational vehicle set ablaze on the Ukaegbu /Ezeiweka Road in Onitsha, a commercial town in the [...]

A 22-year-old housewife, Khadija Yakubu, has allegedly killed her three stepchildren with poison in Potiskum town, Yobe State.  The incident occurred at Makara-Huta area of Potiskum in the early hours of Friday when the three deceased drank a poisoned tea [...]

At least nine people have died in a suspected suicide bombing in Somalia’s capital, Mogadishu, police and witnesses said. The attack on Tuesday has killed and wounded civilians and members of the security forces. “There are still investigations going on [...]

Over 120 killed in Ethiopia’s Amhara region

Doctors and local officials have said more than 120 civilians were massacred in Ethiopia’s Amhara region earlier this month, but forces from neighbouring Tigray rejected allegations they were responsible. The killings in Chenna village, near the town of Dabat, took [...]

A resident of Uburu-Ekwe Street in Ugwuagor, Abakpa Nike, Enugu State, Eke Nweofia, has been arrested by the police for beating his eight-month-old pregnant wife to death during an altercation over dinner on Wednesday. The suspect said to be a [...]

Nineteen civilians in the eastern Democratic Republic of the Congo have been burned and hacked to death by Ugandan rebels, a local official said. Fourteen bodies were found on Saturday, a day after the incident, Kakule Kalunga told the AFP [...]

Niger State Governor, Abubakar Bello, on Friday, said one of the kidnapped pupils from Salihu Tanko Islamic School Tegina on May 30 died in the captivity of their abductors. The governor disclosed this on Friday when he received 90 of the [...]

A High Court sitting in Ilorin, Kwara State has sentenced 20-year-old Udoh Sunday Okon to one-year imprisonment for defrauding an American, Kimberly, to the tune of $500 on Facebook. The Ilorin Command of the Economic and Financial Crimes Commission (EFCC), [...]

The Nigerian Army has confirmed the killing of two of its officers and abduction of a senior officer at the Nigerian Defence Academy (NDA), in Afaka, Kaduna State. A statement by the Academy’s spokesperson, Bashir Jajira, a major, said unknown gunmen carried [...]

Bandits have kidnapped at least 60 people in a fresh attack on a community in Zamfara State, an official has said. The Zamfara State Commissioner of Information, Ibrahim Dosara, told TVC News Friday evening that the bandits stormed Rini community on [...]

At least two people have been killed and five others wounded after a suicide bomber detonated an explosive device inside a cafe in Somalia’s capital Mogadishu, police and witnesses said. The bombing on Thursday targeted a tea shop near a [...]