Question: What About Curbing Farmers/Herders’ Clashes?

Niger State is in the North Central geo-political zone that is the epicentre of farmers/herders clashes which have lead to loss of many lives and properties.     However, the state has been largely spared of the carnage ravaging its [...]

Former President Jonathan wishes to express his condolences to the government and people of Benue, Kaduna, Taraba, Adamawa and Nasarawa states, over the recent spate of killings occasioned by herdsmen/farmers clashes. His heart bleeds for the sufferings of Nigerians and [...]

The Arewa Youths Consultative Forum (ACF) has said that the quit notice it gave Nigerians of Igbo extraction to vacate all northern states before October  1st stands.   It also said that it has sent what it termed all the [...]

Kaduna—Scores of persons were feared killed in a renewed round of violence between farmers and herders in Kajuru, Kajuru Local Government Area of Kaduna State on Sunday and Monday. Although the state Police Command said it was not aware of [...]

MAIDUGURI—No fewer than 12 persons were, yesterday, killed in Maiduguri, following the detonation of bombs in the city. About eight persons lost their lives in the first attack, when a suicide bomber detonated explosives in the midst of worshippers in [...]

The Hausa Fulani, the Yoruba & the slaughter in Ile-Ife PART II by Fani-Kayode

I used to love and respect Governor Aregbesola even though we belong to different political parties. I knew him to be a proud, strong, unrepentant and inspiring Yoruba nationalist who knew the history of the Yoruba inside out and who [...] 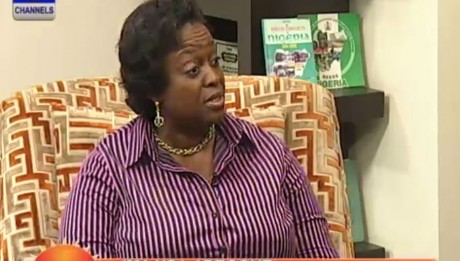 A lawyer and public affairs analyst, Ima Nsa-Adegoke, has said that the Nigerian Government does not place value in the lives of the citizens of the country. Speaking as a guest on Channels Television’s breakfast programme, Sunrise Daily, Mrs Nsa-Adegoke [...]

The notorious Boko Haram operative, Mohammed Chad, was yesterday evening killed in a gun battle with JTF.   The fight occurred at Ruwan-Zafi area of Maiduguri metropolis when the officers of the JTF’s Operation Restore Order and operatives of the [...]

For French family, a happy ending after abduction ordeal

Tired but smiling, a French family of seven arrived in Paris early on Saturday, welcomed by relatives and French President Francois Hollande following their release from two months of captivity by Islamist militants in Nigeria. The Moulin-Fournier family, which includes [...]

We Are Ready To Accept Amnesty – Boko Haram Leaders

Boko Haram Leaders – The leadership of the Islamic terror group, Boko Haram is now making a u-turn on their initial decision to reject the government proposed Amnesty. A leader of the terror group, Mohammed Marwan, has hinted that the sect [...]

Don’t test FG military might , we have capacity to crush you – Senator Adamu warns Avengers

Sen. Abdullahi Adamu, representing Nasarawa West, yesterday, declared that the federal government has all that it needs to contain the activities of Niger-Delta terrorists but has chosen the path of dialogue in the interest of innocent Nigerians. Adamu stated this [...]

We Will Terminate More Igbos If They Insult Allah. – Kano Muslim Youths

Despite a stakeholders’ meeting between Kano State Governor, Abdullahi Ganduje, and prominent community and religious leaders, some residents of the state have vowed to kill again if anyone blasphemes the Prophet Muhammad. On June 2, an Igbo woman, Mrs. Bridget [...]

The sultan of Sokoto, Alhaji Sa’ad Abubakar called on President Goodluck Jonathan to unconditionally release all Boko haram members arrested to show good faith in the proposed amnesty offer at a meeting in Aso Rock yesterday evening. The sultan who [...]

Buhari Defends Boko Haram: Saying That Their Weapons Are Not From ISIS.

The Nigerian President Muhammadu Buhari has revealed that there was no credible intelligence linking the Islamist terror group, Boko Haram’s source of weaponry to the Islamic State In Iraq and Syria (ISIS) even as ISIS had pledged allegiance to Boko [...]

Dilemma Over Boko Haram Amnesty: What Northern Governors Can Do – Aliyu

Amid the dilemma created by the rejection of amnesty for members of Boko Haram by the leadership of the Islamist group, Governor Muazu Babangida Aliyu of Niger State wants other avenues explored to curb the group’s insurgency. Specifically, Aliyu, who [...]

May 2, 2016 Strife and sectarian violence

Six gunmen, one soldier killed in Kano raid – Kano Six gunmen – At least six suspected terrorists have been confirmed dead while few others arrested following an early morning raid by the Joint Security Force in Sheka area of Kumbotso [...]

Boko Haram Have Limited Knowledge Of Islam – Soyinka Noble laureate Professor Wole Soyinka has lashed at members of Boko Haram, saying they have limited knowledge of Islamic religion Speaking Monady in Port Harcourt at the opening of this year’s [...]

Arewa Youths – As security problems in the north escalate, youths in the region, yesterday, expressed disappointment with the political leaders from the area, whom they accused of not showing enough interest in tackling the challenges to pave way for peace [...]

A compound housing members of the Islamic terror group, Boko Haram, who were preparing for their planned Easter celebration attack was invaded by the JTF this morning. This invasion lead to a heavy sounds of gun shots and explosion which [...]

Keep Away From Schools Or Risk Attack – BOKO Haram to Teachers.

BOKO Haram to Teachers – Schools in Maidguri, Borno state capital in the past few weeks have been targets of members of the Islamic Terror group, Boko Haram, a development which forced many wards and teachers alike to stay away from the classrooms. [...]

The REST Of Nigeria Is Losing Patience On Borno…. by Ayo Akinfe, London, United Kingdom.

Boko Haram in Lagos: We Will Defend Yorubaland – OPC.

Boko Haram in Lagos – The National coordinator of the Oodua Peoples Congress (OPC), Otunba Gani Adams, has warned members of Boko Harm group to steer clear of Yoruba land in the interest of peace, unity and stability of the country. [...]