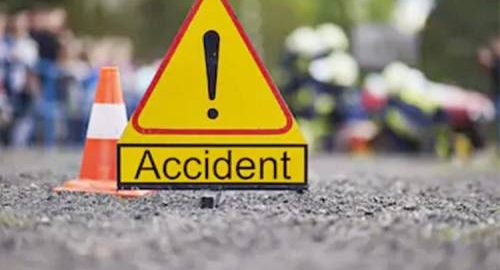 A fatal crash has occurred on the Michael Otedola Bridge end of the Lagos-Ibadan Expressway, killing one motorist while six others were injured.

The Lagos State Command of the Federal Road Safety Corps confirmed the crash, adding that the other injured victims were immediately rushed to the hospital for proper treatment.

The spokesperson of the Lagos State FRSC, Olabisi Sonubi, said the command received a distress call at about 11.30am on Sunday and joint operatives rushed to the scene of the accident.

According to a statement by Sonubi, the command has ordered the Sector Commander to investigate the cause of the accident.

The statement reads, “The Federal Road Safety Corps Lagos Sector Command received a distress call at 1130hrs about a crash at Lagos-Ibadan Expressway by Otedola bridge on Sunday 18th July, 2021.

“The crash involved  six (6) occupants with one killed while two male were confirmed injured, the injured has been taken to the hospital for treatment while the driver of the Mack 20ft containerized truck fled the scene before the arrival of rescue teams.

“The combined team evacuated all crashed vehicles from the scene.

“The Sector Commander FRSC Lagos Sector Command Corps Commander Olusegun Ogungbemide has directed the investigation into the cause of the crash, while the driver who fled the scene of the crash will be apprehended and prosecuted once the owner of the truck is identified.”