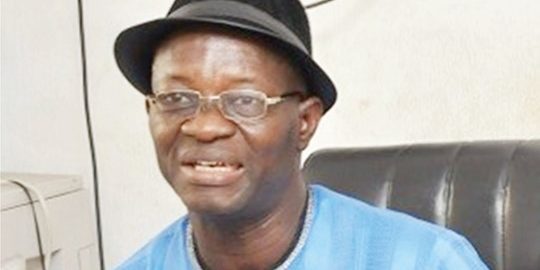 The Edo State Commissioner for Communication and Orientation, Barr. Paul Ohonbamu, has just resigned his appointment.

The Commissioner tendered his resignation in a letter exclusively obtained by Igbere TV on Thursday, which was addressed to the governor, Mr. Godwin Obaseki.

He said he has “decided to step aside as a cabinet member and operate outside it for the general good of Edo State and pursuit of happiness for the citizens.”

Ohonbamu’s resignation comes barely a month after the governor’s ex-Chief of Staff, Taiwo Akerele walked away, amid the trend of high-profile exit from the Obaseki-administration

Reliable sources in the Government House say several other senior aides, including serving Commissioners, are planning their exit ahead the Edo 2020 governorship election.

The latest resignation comes weeks to the Edo All Progressive Congress (APC) primaries, in which Obaseki is seeking to fly the party’s ticket in the September 19 governorship election.

The, governor, however, have top contenders to battle to clinch the APC ticket, including a former Secretary to State Government and Peoples Democratic Party 2016 governorship candidate, Pastor Osagie Ize-Iyamu.

Rumours are rife that the now resigned Commissioner had pledged loyalty to Adams Oshiomhole, Obaseki’s estranged godfather and national chairman of the APC. Both Obaseki and Oshiomhole have been at loggerheads for some time now.

DSS Arrests Lagos-based Lawyer During ‘One Man Protest’ In Abuja