hpadmin September 21, 2016 General, Government and politics No Comments on The Politics of Nigeria

POLITICS OF NIGERIA – The Federal Republic of Nigeria or FRN is the Constitutional Republic. At independence, Nigeria consisted of three regions, specifically, the Northern Region, the Eastern Region, and the Western Region. 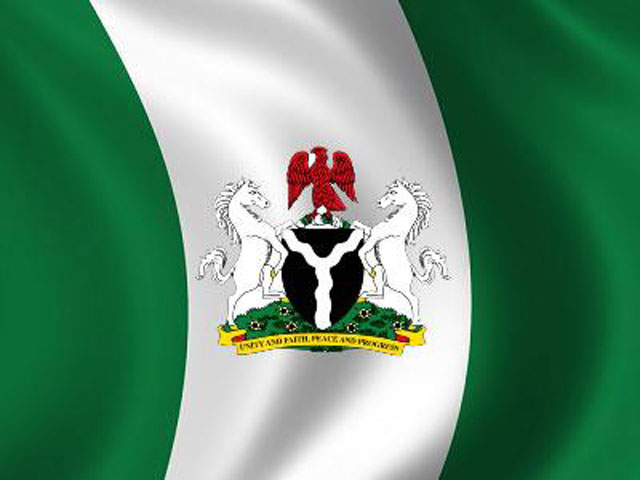 Presently, Nigeria is made up of 36 states and a federal capital territory (FCT), to be found in Abuja. These states are, as a matter of convenience and political practicality grouped into 6 geopolitical zones of North East, North West, North Central, South East, South West, and South of South.
This grouping has still not been accorded any constitutional recognition. There are close to 400 linguistic groups in Nigeria, but the major languages are Hausa, Igbo and Yoruba, while English is the official language.

The Politics of Nigeria is also prejudiced by the Westminster System model in the composition and management of the upper and lower houses of a bicameral legislature.

The president, on the other hand, is the head of state, the head of government, and the head of a multi-party system. Nigerian politics takes place within a structure of a federal,presidential, representative democratic republic, in which executive power is exercised by the government.
Legislative power is held by two chambers of the legislature: the House of Representatives and the Senate.
They make up the law-making body in Nigeria, called the National Assembly, which serves as a check on the executive arm of government.
The Supreme Court is the highest judiciary arm of government which was created after independence and practice the Baron de Montesquie’s theory of the separation of powers based on the United States system and also practices checks and balances.

The Nigerian Legal System or NLS is based on the English Common Law and legal tradition by virtue of colonization and the attendant occurrence of reception of English law through the process of legal transplant. 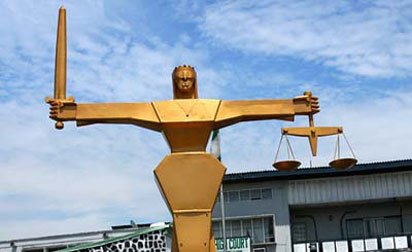 English law has a great influence on the Nigerian legal system, and it forms a substantial part of Nigerian law. Section 45 of the Interpretation Act provides that, the common law of England and the doctrines of equity and the statutes of general application which were in force in England on 1st January 1900 are applicable in Nigeria, only in so far as local jurisdiction and circumstances shall permit.

DIVISION OF LEGISLATIVE POWER.
During the civilian regime the legislation divided into:
• Exclusive List: These are laws that can be made only by the federal legislature.
• Concurrent list: These have items that are within the legislative competence of the state house of federal and assembly legislature
• Residual list: These are items that are left solely for the states to legislate upon. It should be renowned that there is not an item designated residual list in the constitution. However, it is implicit from the constitutional provisions

THE SUPERIORITY OF NIGERIAN LEGISLATION
Nigerian legislation is the most important because it is through Nigerian legislation that other sources of law are confirmed into the Nigerian jurisdiction. This can be seen in S.32 interpretation acts LFN 2004 which makes sure that the received English is accepted as law in Nigeria. Also, S.27 of the High court of Lagos law authenticate the customary law.
Also, the legislation also takes life from other sources of law. For example, it abolished some customary laws that dealt with witchcraft, slavery, trial by ordeal etc. For example S.207 to 211 of the criminal code stops witchcraft and trial by ordeal
It can also modify other sources. It can also abolish customary law indirectly. For example, S.3 of the legitimacy act amends the Yoruba law of acknowledgement. It says that a child is not legal until the mother is married. Though, the Yoruba customary law says that as long as the child is recognized by the father, he is not a bastard and also in the case of Labinjoh vs Abake, it was declared that an indigenous law indirectly abrogates the infant relief act which is not a Nigerian legislation but a statute of general application.

JUDICIAL PRECEDENT
Judicial precedent begins from the principle of stare decisis which means ‘let the decision stand’. It means that related cases must be treated alike. the reason for this is to achieve uniformity and certainty in the administration of justice. Therefore the judicial precedent can be defined as the decisions of the court based on the material facts of a case, it could be called stare decisis or case law. It is the principle of law upon which a judicial decision is made.
It’s not the part of the judgement that is relevant in determining the principle decided in a court. It is the ratio decidendi that is appropriate in determining the judicial precedent. However,the other parts of the judgement are not totally useless. The other parts of the judgement are referred to as obiter dictum. Although an obiter dictum is not really a present judgement, in a later on a case, it can be adopted as a ratio decidendi.
With all these, can it then compete that judges make law? Yes, by all means, however, their law is not legislation because it wasn’t approved by the national assembly. Also,judicial precedents can either be binding or persuasive. Decisions made by the court of higher jurisdiction are required on courts of lower jurisdiction. However, decisions by the court of co-ordinate jurisdiction are persuasive.

FORMS OF JUDICIAL PRECEDENT
The Forms of Judicial precedents are:
• Original precedent: This is when the decision given by the judge is a new decision which there are no previous similar cases.
• Derivative precedent: This is where the case at hand merely extends the existing rule analogically to cover a new situation.
• Declaratory Precedent: This means the law simply state the existing rules. What it does is to re-echo the existing rule to what is on ground. It helps to give balance to the precedent and invests it with greater authority than it would have possessed if it stands alone. It also serves to show when it is not possible to get to the original judgement. Declaratory precedent is very important for the reason that it is through declaratory precedent that some decisions are weeded out.

It was a milestone in the political history of the country for the grant of Independence to Nigeria. This period witnessed the consolidation of political grow made during the colonial era. Politicians genuinely focused their lapses in the policy. It accomplishes for herself a republican status by shaking off the last vestiges of colonial authority. The constitution remained the subsequent administrations.

Executive power is vested in the president, who is simultaneously chief of state and head of government. The president is qualified for two four-year terms. The president’s Federal Executive Council, or cabinet, includes the 36 states representative. The National Assembly which consists of a 109-member Senate and a 360-member House of Representatives, compose the country’s legislative branch. Three senators represent each of Nigeria’s 36 states, and one additional senator corresponds to the capital city of Abuja. Seats in the House of Representatives are allocated according to the population. These differ the number of House members from each state. Members of the National Assembly are elected to a maximum of two to four-year terms. The judicial branch includes the Court of Appeal, the Federal High Court, the Supreme Court, and, on the state level, high courts, sharia courts, and customary courts. In the Supreme Court, the members will be appointed by the president and subject to confirm by the Senate. 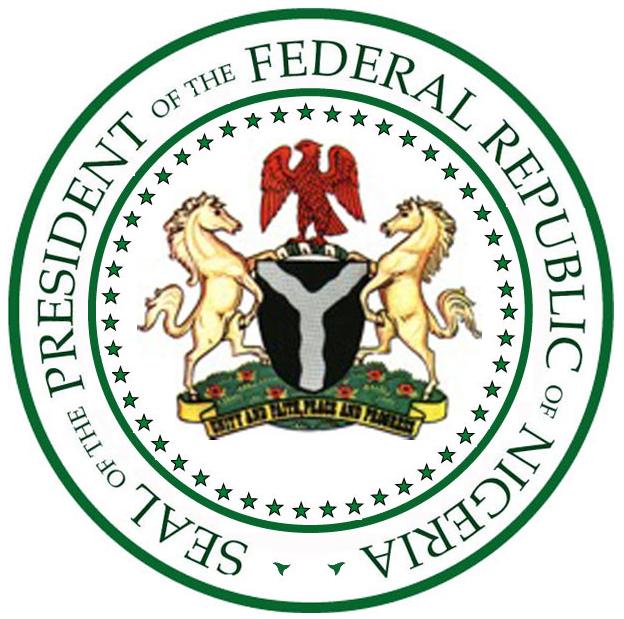 The legislative branch in Nigeria is made of the National Assembly. This is divided into the House of Representative and the Senate; all members elected by the popular majority. 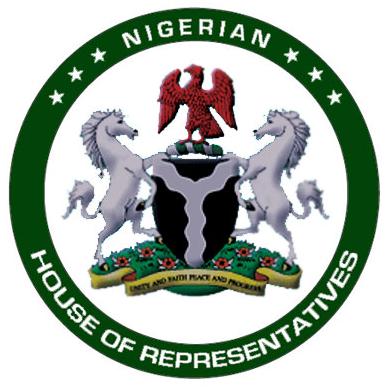 While the Legislature is responsible for making laws and the Executive is charged with the implementation of such law, the Judiciary is accountable for the interpretation of the law in accordance with the provisions of the Constitution. The same with the doctrine of separation of powers, which is a cardinal, feature of a democratic system, the Nigerian Constitution assurance the independence of the Judiciary.
The Constitution provides for State Courts and federal, as well as Election Tribunals. At the top of the Judiciary is the Supreme Court.

Each state is more divided into Local Government Areas (LGAs). There are 774 LGAs in Nigeria.Kano State has the major number of LGAs at 44, and Bayelsa State has the fewest at 9. In Abuja has 6 LGAs of the Federal Capital Territory. LGAs replaced the Districts that were the previous third-tier administrative unit under the British government.

The breakdown of law and order which happen in the period under review would not be attributed to any defect in the Nigerian legal system. The corrupt way both in the body politic and all aspects of Nigerian life eroded efficiency and progress. There were 8 cops normally five were successful and 3 were unsuccessful.

Federal Military Government 1989 publication, Four Years of the Babangida Administration, summarized the priority issues of Nigerian foreign policy: the elimination of apartheid in South Africa; the enhancement of Nigeria’s relations with associate countries of the European Economic Community (EEC), the United States, the Soviet Union, and with other major industrialized countries to boost the flow of foreign investments and capital into Nigeria; and continued support for international organizations, such as the Economic Community of West African States (ECOWAS), the Non-Aligned Movement (NAM) and the Organization of African Unity (OAU). Relations with other African states constituted the cornerstone of Nigerian foreign policy.

The Ministry of Foreign Affairs was straight responsible for foreign policy formulation and implementation. Because matters were frequently left in the hands of the minister and his officials, foreign policy positions could change radically from one minister to one more, depending on the minister’s orientation. In addition to the minister’s immediate staff, there was a small foreign policy elite consist of other top government officials, interest group leaders, academicians, religious leaders, top military officers, and journalists. This elite exerted indirect influence through communiqués and press releases, as well as direct anxiety on the government. In 1986 a conference–to which every stratum of this elite was invited–was held to reassess Nigeria’s foreign policy and recommend broad policy frameworks for the 1990s and beyond.

Nationwide Strike: You Must Be At Work From Monday, FG Tells Workers

APC Caretaker Committee Nulifies Suspension Of Fayemi, Ojudu And Others