hpadmin September 27, 2016 What the papers say No Comments on Popular Ponzi Scheme, MMM Crashes In Zimbabwe

Mavrodi Mondial Moneybox, MMM, an online financial pyramid scheme has collapsed in Zimbabwe leaving thousands of people, among them civil servants and vendors, with thousands of dollars trapped in the ponzi scheme. 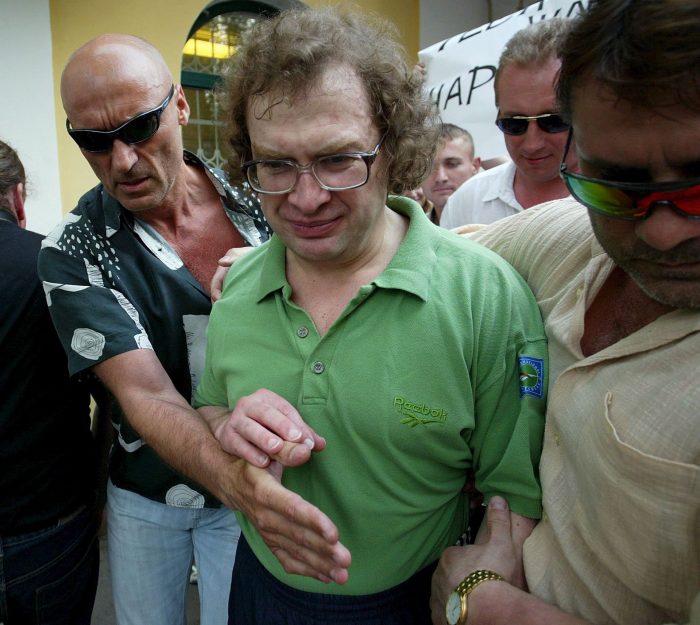 The social financial network, which relied on an accelerating number of new members to pay-off the old, abruptly terminated its services last week leaving participants stranded.

The MMM scheme advertises itself as a mutual aid fund in which recruited members contribute money to assist others and are promised investment returns of 30 percent per month.

Some of the people left counting their losses told The Herald that they received emails that the scheme had been suspended until September 15.

Earlier, Econet’s mobile financial service platform, EcoCash has distanced itself from MMM after some Econet customers claimed that they were using EcoCash for the pyramid scheme’s transactions.

“EcoCash is an innovative mobile payment solution that enables Econet customers to complete simple financial transactions such as sending money to loved ones, buying prepaid airtime for yourself or other Econet subscribers and paying for goods,” according to the company’s advertising materials.

“We have noted that some of these pyramid schemes are allegedly advertising in a manner that suggests that the Ecocash facility is a medium for prospective members to deposit their money. This is not correct,” Econet said in a statement.

“We advise our valued customers and all stakeholders that Ecocash is a licensed mobile payment platform that enables customers to make financial transactions such as sending money, buying prepaid airtime as well as paying for goods and services within the confines of the law of Zimbabwe. EcoCash promotes safe and legal transactions but will not be held liable for any losses arising from the use of EcoCash to engage in illegal activities such as Ponzi schemes.”

Zimbabweans have in the past months been joining the online investment scheme in droves in a bid “to get rich quickly”.

The Reserve Bank of Zimbabwe, Nigeria’s equivalent of the Central Bank of Nigeria, warned the country that the scheme was fraudulent and there was no legal recourse in the event they lost their money.

According to Wikipedia, МММ was a Russian company that perpetrated one of the world’s largest Ponzi schemes of all time, in the 1990s. By different estimates from 5 to 40 million people lost up to $ 10 billion. The exact figures are not known even to the founders.

MMM took its name from its founder, Sergei Panteleevich Mavrodi of Russia. He founded MMM in 1989 and the scheme was declared bankrupt three years later leading to the disappearance of Mavrodi until his arrest in 2003.

“All along things were moving in the right direction and we now have nowhere to claim our investments,” said Mr. Tinashe Muza of Harare.

“When we started putting our funds in the scheme one could get assistance within seven days but things later changed to 14 days and when we were shut out the waiting period was 21 days. What it simply means is that the number of people in need of help has outnumbered the number of people joining. Right now we have nowhere to get our money which we invested.”

Another victim, Mrs. Rosemary Mawonde said, “We never thought the scheme would end this way as we believed that by using EcoCash to do the transactions, things were in order. I am surprised that EcoCash is also distancing itself from the scheme and it is clear that I will never recover the $ 300 that I invested.”

The Central Bank of Nigeria, CBN, recently cautioned Nigerians against the MMM scheme. The apex bank through its the spokesperson, Isaac Okoroafor, warned against against the proliferation of wonder banks in the country in recent times.

“At times like this when the economy has suffered some decline, Nigerians should be very careful with those they deal with. Any institution that is not licensed by the CBN to accept deposits should not be given money to keep under any guise,” he warned.

“These people always come with very interesting propositions. These are fraudsters who are just out there to collect people’s money and run away as soon as they hit their target. There is no insurance because the NDIC does not even protect them against such risks when they occur,” the CBN said.

Nationwide Strike: You Must Be At Work From Monday, FG Tells Workers

APC Caretaker Committee Nulifies Suspension Of Fayemi, Ojudu And Others